Nintendo has announced that many of their titles will be playable at E3, which shouldn’t come as a shock to anybody following them closely – Nintendo always has their big […] 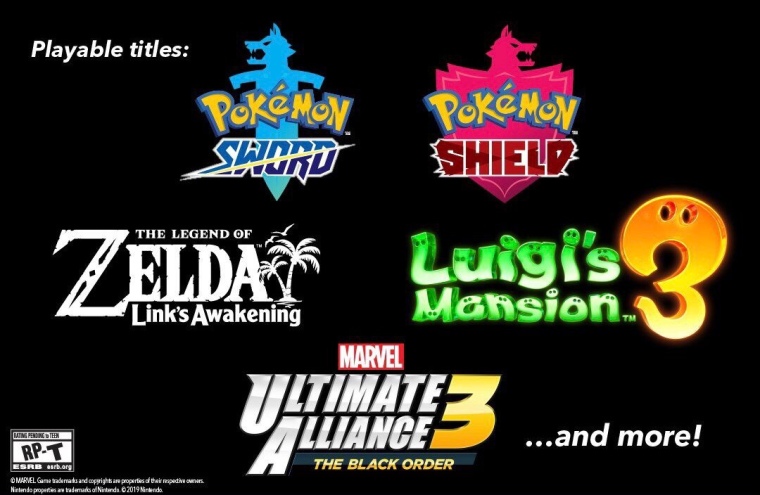 Nintendo has announced that many of their titles will be playable at E3, which shouldn’t come as a shock to anybody following them closely – Nintendo always has their big sellers on the show floor in some capacity.

Last year, Super Smash Bros. Ultimate was their big playable title and fans got a taste of what would be releasing before its release date in December. This year fans will get to try out the new Pokémon Sword and Shield games before they release later this year in November 15. This is hot on the heels of a Pokémon Direct yesterday, revealing many new features the games will bring. We reported on it here if you haven’t seen the news.

Link’s Awakening, the remake of the popular Gameboy game, Luigi’s Mansion 3, and Marvel Ultimate Alliance 3 will all be present to demo as well. But what’s interesting to note is that Nintendo mentions that more titles will be demoed!

Could these be soon-to-be-announced-at-E3 titles? I think they just might. Nintendo will have their 45 minute Nintendo Direct on Tuesday at 9 am PT / 12 pm ET so tune in and find out.

What do you think Nintendo will reveal at E3? Will we get some huge third party news? Join the conversation on Twitter and let us know!

This site uses Akismet to reduce spam. Learn how your comment data is processed.